Hades’ developers remained active throughout the adventure, responding to user feedback via a companion server on Discord and a subreddit on Reddit. The solutions offered here at IR Cache were also provided directly by Hades’ developers. Other solutions came from users who followed other instructions provided by the developers to fix the constant crashing of Hades on PC.

What Causes the Hades Game to Keep Crashing on PC 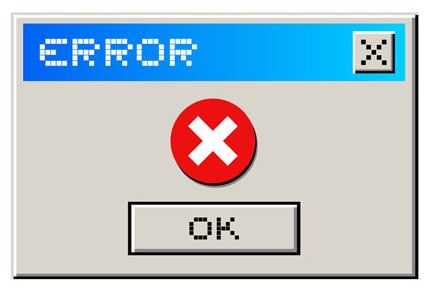 Low system specs: most PC games are CPU and GPU-demanding, and Hades is no exception. This means that you will need a powerful system to play the game. Otherwise, the game may fail to launch or, worse, crash during the game.

Outdated or faulty drivers: If your video card driver is outdated, missing, or corrupt, the game and other applications may not work as expected. To solve this problem, you need to update your graphics driver.

Incorrect game installation: If the game files were not loaded correctly, the game may not work as expected. It’s also possible that your antivirus program accidentally deleted some game files, preventing a proper installation. You should also check if you have enough hard drive space to install the game.

How to Troubleshoot Constant Crashing of Hades on PC

Game crashes can indicate a problem with the integrity of the game files. In this case, it is possible that the game crashes while playing a certain mode or scene.

To analyze and recover missing files, you can do the following:

In-game overlays allow you to unlock achievements, give commands, and communicate with friends while playing the game. Sounds convenient, right? But there are also reports that in-game overlays can cause the game to crash. So if you use in-game overlays such as Steam, Discord, and NVIDIA GeForce Experience, you can try disabling them to see if the crashes stop.

One of the most common causes of crashes is faulty or outdated graphics drivers. If you haven’t updated or installed a graphics driver in a while, you should definitely do so now, as this may be the solution to the crashing problem.

Graphics processor manufacturers often update their drivers to quickly adapt to the rapidly changing gaming market. Updates usually include bug fixes, performance and compatibility improvements that can prevent your game from crashing to some extent.

Then find your graphics card model. Make sure that you have selected the latest and correct driver installer for your operating system.

If you don’t have the time, patience, or computer skills to update graphics drivers manually, you can do it automatically with a third-party update program. It will automatically detect your system and find the correct drivers for your exact video card and version of Windows, download and install them correctly.

Run Hades as an administrator

Some players have reported that they were able to solve the problem of crashes and black screens by running the game as administrators. You might try doing the same, as this can fix your crash in no time.

Sometimes a game can fail due to software conflicts. You can try to eliminate the culprit by performing a restart that starts Windows with only basic drivers and startup programs.

Why does my Hades keep crashing?

What to do if your game keeps crashing?

Why does my PC keep crashing when I play games?

When you play a game, your GPU is under a lot of stress and generates more heat. Overheating causes instability and crashes. Check your system for airflow issues, make sure your GPU fans are running, and remove dust with compressed air. If it's not heating, the next likely cause that comes to mind is electricity.

How can I prevent Hades from crashing?